CCWC in the News 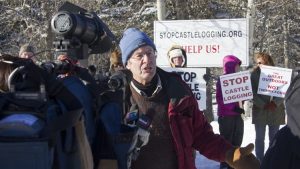 The CCWC is a voice for the Castle Wilderness, locally and around the world.

Groups renew call for ATV ban in Castle parks after illegal use (May 18, 2016 – Calgary Herald)

The Castle-Crown of the Continent (Fall 2010 – Nature Alberta)